How to Assure Food and Water Security in the World? 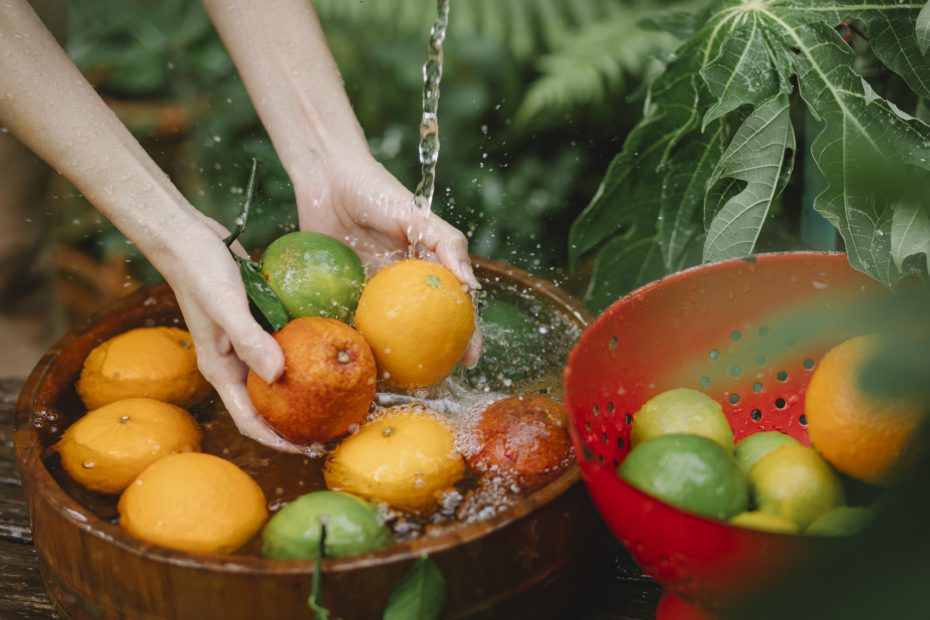 Animals and crops both require water to grow. For irrigation and different production processes, agriculture needs a lot of high-quality water in various volumes. Agriculture confirmed its position as the world’s largest user of water while simultaneously providing food for the entire population and growing a wide variety of non-food crops in an increasingly productive manner, including cotton, rubber, and industrial oils. Nearly 70% of the freshwater designated for human use is now used for irrigation. According to the Universal Declaration of Human Rights, which was adopted in 1948, everyone has the right to sufficient food.

However, access to the natural resources—including water—necessary for food production is severely reliant on urbanization in many developing nations. On July 28, 2010, the UN General Assembly defined access to sanitary facilities and clean water as a fundamental human right. However, it is a complicated issue to discuss the right to water in relation to the right to food. Water for food production would likely not be protected under the minimum needs in dry locations, but drinking and cooking water would.

There is sufficient water to meet our future demands globally, but this view of the world obscures vast areas of absolute water shortages, which impact billions of people, many of whom are underprivileged and destitute. Significant changes in policy and management across the entire agricultural production chain are required to make the optimal use of existing water resources in order to meet the rising demand for food and other agricultural goods. It is pretty difficult to assure water and food security at once, but if everybody does it constantly, there will be considerable changes.

Both the MDGs and food security are

The goal of MDG 1’s Target 1 C is to “halve the proportion of people who experience hunger between 1990 and 2015.” According to the MDG Report for 2011, despite considerable declines in severe poverty, the percentage of people in developing countries who were hungry in 2005–2007 remained unchanged at 16%. The MDGs are interconnected; advancement in one target encourages advancement in others. Supporting rural development and sustainable agriculture helps raise food production while lowering hunger and poverty. Attainment of the Millennium Development Goals and a decent life are both based on food and nutritional security.

How does food security work?

Food security is defined as occurring when all people, at all times, have physical, social, and economic access to sufficient, safe, and nutritious food to meet their dietary needs for a productive and healthy life. This definition was adopted at the 1996 World Food Summit.

According to predictions, the world’s population will increase from 6.9 billion in 2010 to 8.3 billion in 2030 and 9.1 billion in 2050. The demand for food is expected to rise by 50% by 2030 and by 70% by 2050. Making 70% more food available on plates rather than growing 70% more food in 40 years is the primary problem facing the agriculture sector. Every year, roughly 1.33 billion tons of the food produced worldwide are lost or squandered, which means that the water required to generate it is also wasted.

Agricultural products transit through numerous hands, including farmers, transporters, store owners, food processors, shop owners, and consumers, through wide value chains. For instance, it takes around 3,500 liters of water to produce 1 kg of rice, about 15,000 liters to produce 1 kilo of beef, and about 140 liters to produce 1 cup of coffee. Over the past 30 years, this dietary change has had the biggest impact on water usage. A total of 110 million people fell into poverty and 44 million more became malnourished as a result of the spike in food costs. Inability to pay for food causes 925 million people to go without. Since people spend between 50 and 80 percent of their income on food, rising food costs pose a serious threat to food security in emerging nations.

In emerging nations, women make up 43% of the farming population. Although female farmers are thought to be just as effective as male farmers, they do not perform as well because they lack access to the same inputs, services, and useful resources, such as water. Agriculture’s use of water has altered ecosystems on a large scale and jeopardized the provision of a variety of ecosystem services. The damage done to people, ecosystems, and cleanup procedures as a result of the agriculture industry comes at a high external cost. For instance, the projected annual cost in the United States of America is $9 to $20 billion.

Agriculture contributes to climate change through its greenhouse gas emissions. Agriculture affects the planet’s water cycle and raises further questions and concerns about food supply. By 2030, South Asia and Southern Africa are expected to be the areas most at risk from food shortages brought on by climate change.

Efficient water and food recycling solutions can be addressed at all stages of the food supply chain, including production, post-harvest handling, processing, retail, consumption, distribution, and trade. When the reuse of treated water for other purposes is not culturally acceptable, it can help secure environmental water requirements.

Activities from the UN are raising awareness of the problem.

The annual World Water Day (WWD) is celebrated on March 22. The World Water Development Organization sought to draw attention to the topic of “Water and Food Security” in 2012. The goal was to encourage more sustainable food production and consumption habits and to increase understanding of the connection between water and food production. It aimed to inform everyone of the dire situation with regard to food and water security around the world and to motivate policymakers to take advantage of the chances to address global issues. It attempted to motivate decision-makers to start and maintain reforms and forward-thinking approaches by displaying achievements.

Reader for the UN-Water Decade Program on Advocacy and Communication on Water and Food Security (UNW-DPAC). March 2012 This reader was created by the UN-Water Decade Programme on Advocacy and Communication (UNW-DPAC) and is aimed at anyone who wants to learn more about challenges relating to food and water security. The reader includes some of the most recent and pertinent United Nations publications on the subject as well as basic reading references. When the publication is accessible online, links are given. World Water Assessment Program, UN-Water, United Nations Educational, Scientific, and Cultural Organization (UNESCO) (WWAP).

March 2012 The UN World Water Development Report 4 (WWDR4) elaborates on the interactions between water and the forces of change and offers a thorough evaluation of the world’s water resources. It builds on WWDR3’s findings. The study addresses the subject of water and food security throughout, and Chapter 2 specifically discusses “Water and Agriculture.” The types of production adjustments required to satisfy demand are examined in this paper. Additionally, it evaluates how well the world’s water and land resources might be able to support these desired increases in output and productivity. Options for controlling risks and making tradeoffs without harming the resource base are addressed.

The current state of water and land resources, as well as trends, are examined in Chapter 1. In addition to providing forecasts for 2050, it evaluates the biophysical and technical elements of the resources and how they are used. In Chapter 2, institutional structures are reviewed, and the socioeconomic and environmental effects of current land and water management are evaluated. In Chapters 3 and 4, a number of significant systems are reviewed as risks to land and water are both present and emerging. The institutional reactions at local, national, and international levels are evaluated in Chapter 5, and future lessons are examined.

Finally, Chapter 6 offers policy proposals and draws conclusions. Food loss and waste on a global scale. extent, reasons for it, and ways to avoid it. United Nations’ Food and Agriculture Organization (FAO), Swedish Institute for Food and Biotechnology (SIK). 2011 This study identifies the losses taking place along the entire food chain and evaluates their size. It then goes on to describe the causes of food losses and potential defenses against them.

Food and nutrition security make us happy and confident for the next day. But, unfortunately, a lot of people are deprived of it. For that, we need to change the situation in many countries. There should be the support of other countries, sustainable development, water availability, economic growth, and the wish of the people to change something.